This is the very same strain of Nepalese that the original temple balls were made from and is a true land-race strain that has become perfectly acclimatised to the area in which it grows. These are big plants that grow naturally to a height of 300 – 400 cm. and look like small trees. Cultivation outdoors or in a greenhouse is recommended. Plants are highly vigorous, hardy and resistant with long inter-nodes that characterise land-race sativas. Northern hemisphere harvests will be from mid-October through November. Resin production is very high from these plants.

These Nepalese Regular seeds are sourced directly from Rolpa in central western Nepal where the very best Nepalese “charas” is produced at around 28&deg: North. Charas is the hand-rubbed form of cannabis resin made from living plants.

The scent is floral and fruity with malty notes. Although no figures are available for THC content it is envisaged that this is high and will be complemented by medium levels of CBD. 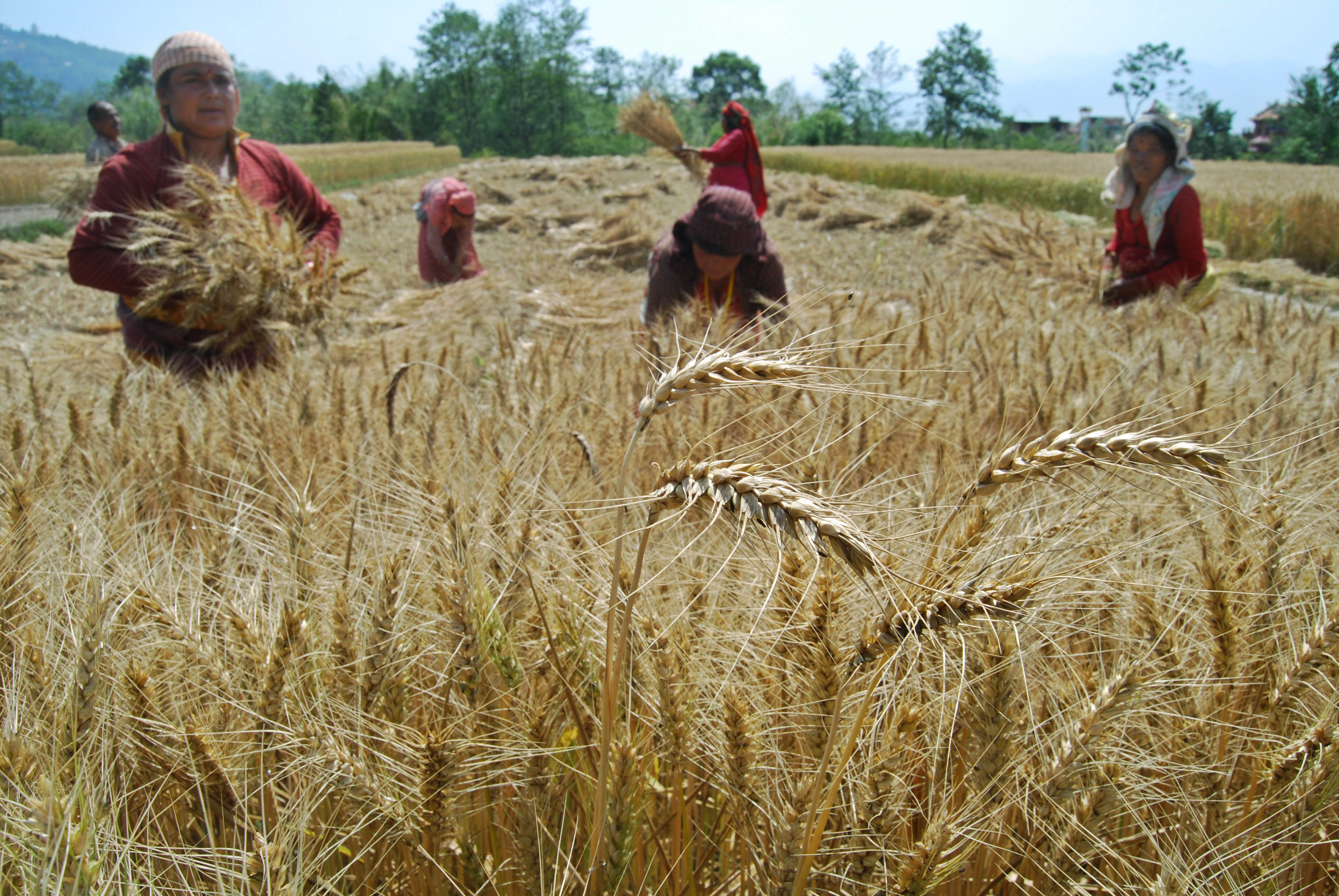 But even the few hybrid seeds produced in Nepal face fierce competition from imported seeds manufactured in the highly advanced laboratories of China, Japan and India.

In the last few years, the country has seen a small but growing demand for local varieties. “Local fruits and vegetables taste and smell better than hybrid crops,” said Bardev farmer Tamang. “The growing demand has made me realise that I should start growing jyapu cauliflower, but no one in the village has the seeds anymore.”

Although exact data on when imported hybrid seeds were first used in the country is hard to come by, agriculture experts believe that farmers started using them in the early 80s.

With easy availability of hybrid seeds, farmers today are not only lessening their use of local open pollinated varieties, they are also not saving any seeds. “Genetic diversity within local varieties is disappearing, and this is a matter of concern. Some of the local vegetables that I grew up eating are no longer available in the market,” said Ghale.

Along with the increasing population, rapid urbanisation and skyrocketing land prices have led land for agriculture to shrink. The total land area used for cultivation in the fiscal year 2015/2016 was 2,579,097 hectares, against 2,548,763 hectares in the 2016/2017 fiscal, a decrease of 30,334 hectares. Agro-economists say that in the last 10 years alone, more than 100,000 hectares of arable land have been lost to urbanisation.

At the forefront of the movement was an American, Norman Borlaug, known as the ‘Father of Green Revolution’ and winner of the 1970 Nobel Peace Prize for his contributions to drastically increasing the world’s food supply. Borlaug’s high-yield dwarf varieties of wheat were introduced to India and Pakistan in the 60s and are credited with helping avert famine in the two countries.

“Seed companies abroad have the infrastructure and human resources to work with seeds at the molecular level, allowing them to create very high-quality hybrid seeds. For us, competing with their quality is difficult,” said Ghimire. “But that said, our hybrid seeds are better than low-quality imported hybrid seeds, which are aplenty in the market.”

To address the issues plaguing the country’s agriculture sector, in 2013, the Ministry of Agriculture came up with ‘National Seed Vision 2013-2025’. The programme’s aim is to increase crop productivity, raise incomes and generate employment opportunities through self-sufficiency, import substitution and export promotion of quality seeds. The programme expects to create 40 hybrids–20 vegetables, 12 maize and eight rice–by 2025. It also envisions that the private sector will create 20 hybrids–10 vegetables, five maize and five rice–by 2025.