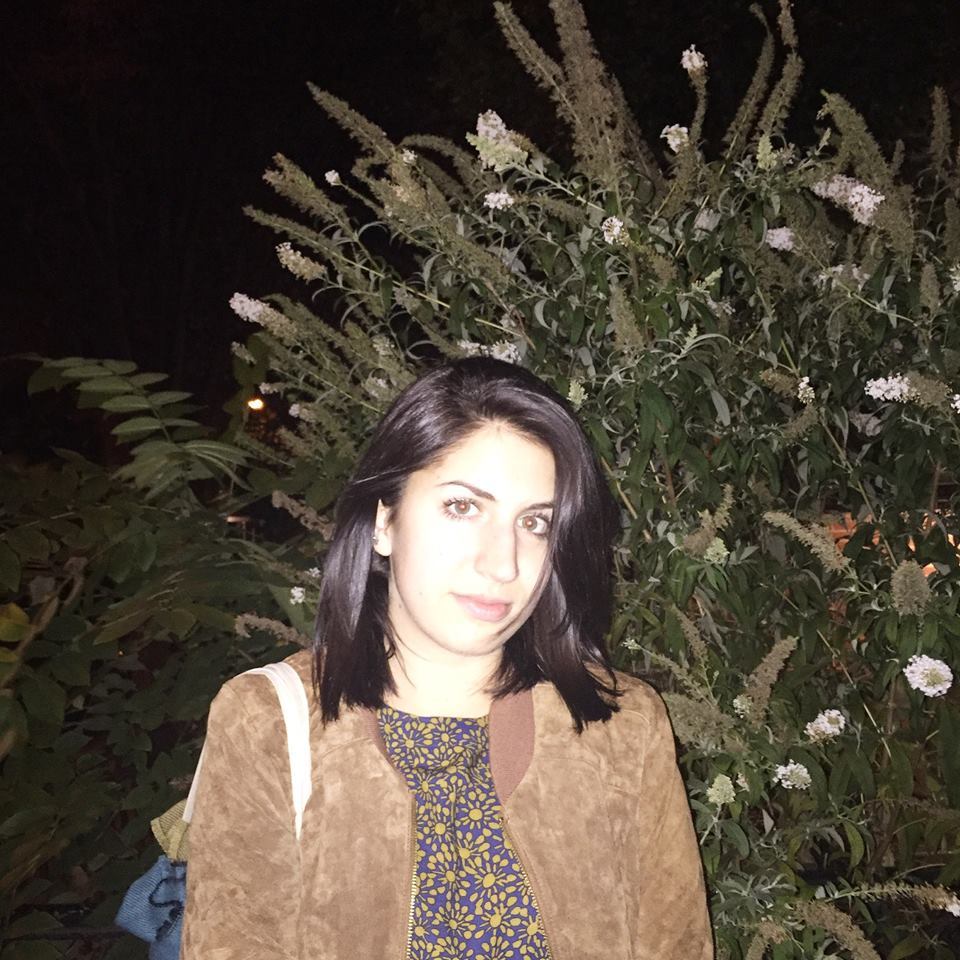 One of the most notable nods to cherries, though, is one of the earliest. In the poem "There Is a Garden in Her Face" (1617), Thomas Campion likens the fruit to what it most commonly symbolizes today: the sex appeal of a pure, virginal young woman. During the 17th century, English cherry vendors would call out "cherry ripe" to alert potential buyers to the fruit, which Campion refers to here: "There is a garden in her face… / There cherries grow which none may buy / Till 'Cherry-ripe' themselves do cry." Sadly for Campion, the poem suggests his beautiful virgin isn't quite ripe for picking.

But perhaps the cherry hit its peak when Audrey Horne slipped a cherry between her bright red lips in that famous Twin Peaks scene. Eating the flesh and tying the stem with her tongue, she embodied everything (resoundingly male) artists have thought about the cherry: She was drippingly sexual but also innocent and pure. (And therefore ripe for entering the infamous brothel, One-Eyed Jacks.) Fruit itself is innately sexual—after all, it's defined as the enlarged ovaries of flowering plants—but cherries have always been on top.

It wasn't until the late 19th century that this figurative meaning started to become widespread. "The image [of the cherry] is based on an idea of ripeness—and thus the virginity tends to be seen as something that, sooner or later, is due to be lost," distinguished slang lexicographer Jonathon Green writes in Green's Dictionary of Slang, in which he also traces the origins of virgins "losing" their cherry, or getting it "popped" or "busted," to the early 1900s. By this time, young girls picking cherries or cradling baskets of them is a common motif in art, with men like Frederic Leighton, Charles-Amable Lenoir, and John Everett Millais painting prepubescent girls' unblemished porcelain skin alongside deep red cherries. Just as there's a perfect time to pluck a perfectly plump cherry before it browns, older men believed nubial virgins to have a "best by" date.

From this thoroughly standard culinary history arose the cherry's legacy as a sex symbol. In A Dictionary of Sexual Language and Imagery in Shakespearean and Stuart Literature, Gordon Williams traces the cherry's cultural influence back to the 16th and 17th centuries, referring to some of the notable ways Europeans were using the fruit to talk about sins of the flesh: Poets Josuah Sylvester and Robert Herrick liken "Cherrielets" to "niplets" and "teates" in multiple works; Charles Cotton compares a "Garden-plot of Maiden-hair" (pubes) to black cherries in Erotopolis (1684); and John Garfield refers to sex as "playing at Bobb-Cherry" in the erotic pamphlet Wandering Whore II (1660).

Only one fruit can claim to have symbolized both an uncircumcised penis and a vaginal membrane. Where bananas are obvious, and peaches have been assigned backdoor duty, since the 16th century, artists, writers, musicians, and run-of-the-mill perverts have all agreed: There's something about women and cherries, whether that cherry is in our mouths or waiting to be popped inside of us.

All of Wikipedia can’t fit into one handy apple. Each tiny bacterial carrier can only cope with a few thousand words—which means the whole of Wikipedia, some two and a half billion words long, may require an entire forest of apple trees. (One critic guesses 666,000 trees.) And eating such an apple, sadly, won’t make any of us more knowledgeable. Retrieving the info from apple DNA will require a DNA sequencer and some decoding software. On the other hand, this may be just as well. Most M. sieversii varieties are what apple growers refer to as “spitters”—because the common response to the first mouthful is to spit it out, fast.

But not by Johnny Appleseed. John Chapman of Leominster, Massachusetts—a.k.a. the apple-toting, tin-pot-hatted folk hero—condemned grafting as wicked, insisting that the only road to a good apple was seeds. Chapman collected seeds by the bushel from Pennsylvania cider mills and ferried them west, where he established apple nurseries in Ohio, Indiana, and Illinois, and distributed wildly random seedlings to settlers far and wide. The mouth-puckering results almost certainly went primarily into cider and applejack. These weren’t great eating apples. What Johnny Appleseed was disseminating was booze. Eventually this backfired, as temperance activists fingered the apple as a source of alcoholic sin and demanded that the morally upright burn their apple trees.

The 50-acre orchard at USDA’s Plant Genetics Resources Unit in Geneva, New York, has what may be the world’s largest collection of apple trees—some 2500 different varieties from all over the world. Among the latest additions are varieties of M. sieversii, the apple’s ancient ancestor from Asia, laden with beneficial genes not found in our modern and monotonous apple crop. Whereas a century ago, Americans grew thousands of varieties of apples, nowadays we’re down to just a handful, among them McIntosh, Jonathan, and Red Delicious—which last, a lot of people argue, may be red, but it isn’t exactly delicious. Genetic uniformity in crops seldom pays off, and the American apple—attacked by pests on all sides—now needs a battery of chemicals in order to survive. Ancestral genes may give our apples the resistance and versatility they need—to say nothing of a new battery of flavors, colors, and shapes that we’ve forgotten apples ever had.

Recently the apple as forbidden fruit has been back in the news. Joe Davis, bio-artist attached to geneticist George Church’s lab at Harvard Medical School, is preparing to create an apple tree that is—literally—a Tree of Knowledge. Davis’s project aims to incorporate Wikipedia into the apple genome. For this purpose, he plans to use the world’s oldest known apple, a 4000-year-old variety of M. sieversii.

The apple as Forbidden Fruit seems to have appeared in western Europe at least by the 12th century. Some researchers suggest that the apple got a bad rap from an unfortunate pun: the Latin malus means both “apple” and “evil,” which may have given early Christians ideas. A 1504 engraving by Albrecht Durer shows Adam and Eve with apples; and 16th-century paintings by Lucas Cranach and Titian show Adam and Eve under particularly tempting apple trees. Though Michelangelo’s Temptation and Fall on the Sistine Ceiling features forbidden figs, apples, increasingly, were held responsible for the Fall. By the 17th century, when Milton wrote Paradise Lost, the forbidden fruit was an Apple with a capital A.

Apples are a victim of their own genetic creativity, a characteristic known to botanists as extreme heterozygosity. This ensures that an apple grown from seed won’t be anything like its parents. This is great for evolution, producing thousands of diverse apple varieties, adapted to every environment from North Dakota to New Zealand. For apple growers, though, intent on preserving selected favorites, the apple’s slippery genome is frustrating. In apples, the only guarantee of reproducibility is grafting, which is how our modern eating apples are propagated.

Apples, taxonomically, are members of Rosaceae, the Rose family, along with such other yummy edibles as pears, plums, peaches, cherries, strawberries, and raspberries. DNA analysis indicates that apples originated in the mountains of Kazakhstan, where the wild Malus sieversii—the many-times great-grandparent of Malus domestica, the modern domesticated apple—still flourishes.

One place where the ubiquitous apple does not appear is in the Old Testament’s Book of Genesis. The original story of Adam, Eve, the snake, and the forbidden Tree of the Knowledge of Good and Evil mentions only an unspecified “fruit,” thus opening up centuries of debate over what the hapless First Couple actually ate. Various suggestions include everything from figs, grapes, and citrons to olives, apricots, bananas, pomegranates, and grapefruit. (Similar disagreements rage over probable locations of the Garden of Eden, which range from Turkey to Ohio, Mongolia, and the North Pole.)

An apple (cunningly labeled “to the fairest”) started the Trojan War. (Odysseus, later struggling to get home from it, yearns for the garden he had as a child, populated by apple trees.) The Norse gods owed their immortality to apples. The Arabian Nights features a magic apple from Samarkand capable of curing all human diseases—predating the belief that an apple a day will keep the doctor away, a proverb that first appeared in print in 1866. Robert Frost, Emily Dickinson, Christina Rossetti, and Dylan Thomas all wrote poems about apples; and everyone from Caravaggio to Magritte painted them.