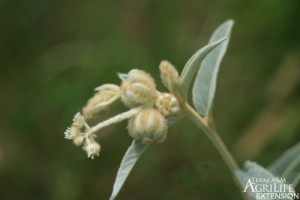 Croton is having a moment this year in Texas. Like it or not, you may have noticed a bumper crop of one-seed croton, Texas croton, or woolly croton on your property. If you’ve been dismayed by the sheer amount of croton on your property and could use some positive information about this rangy Texas native (instead of just bitterly staring at what seems like an endless sea of weeds), the good news is—yes!—there are positives. In fact, croton is actively cultivated by some folks. Will you want to buy croton seeds after reading the following? Possibly not, but, hopefully, you’ll have a greater appreciation for that sea outside your window.

According to the Texas A&M Department of Rangeland, Wildlife, and Fisheries Management, there are 20 species of croton occurring in Texas, but Texas Dove Hunters Magazine puts it at “more than 25 species of croton” in Texas. In short, there’s no short supply of croton in Texas (you may just need to look out your window for confirmation of that) but don’t confuse this croton with the far more colorful garden croton, native to tropical areas, that is grown as an indoor houseplant. An endless landscape of bold and shiny evergreen leaves in vivid shades of greens, yellows, and purples, may sound more enticing but it would not provide the wildlife benefits of our more, well, beautiful-on-the-inside croton in Texas.

“…mourning dove and white-wing dove diets are comprised of more than 99 percent seed by weight. Even though these dove species are known to consume seeds from over 1,000 plant species nation-wide, seeds from certain plant species or families are represented repeatedly in dove diets. In Texas, doveweed is king.” 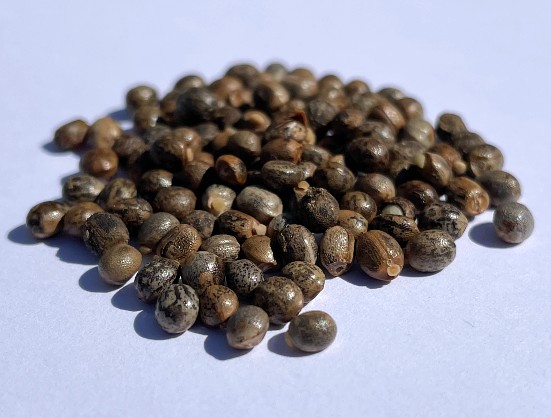 Also called “Dove Weed,” Woolly Croton is a native, warm-season annual forb/broadleaf adapted to the South that produces seeds highly palatable to dove, quail and other seed-eating birds. Plant 5 lbs per acre winter through spring. Woolly Croton typically has a high percentage of dormant seed, so planting during the cold season allows natural processes to “wake up” the germ to grow in the spring. However, the seed can be planted in the warm season, as well. In either case, the time it takes to germinate and become established is highly variable, although planting in winter or even late winter/early spring will help your odds of success for spring germination. Non-GMO Male and female structures occur on separate flowers on the same plant (they are monoecious). Both sexes are inconspicuous. Male flowers are 1/8 to 1/4 (0.4 cm) across, in small groups at the ends of branches. They lack petals. The calyx is green and cup-shaped, usually with five lobes. There are 6-10 stamens exserted beyond the calyx with cream colored anthers and pollen. The female flowers occur in groups of one to a few in the axils beneath the male flowers. Female flowers lack both sepals and petals. There is one pistil with a plump, oblong, one-chambered ovary and one usually thread-like style, often curved or coiled. The main flowering period is May – October. 7

In the Reserve, doveweed is rarely found beyond Stonebridge Mesa where it forms a few large patches in the open areas along the northeast side of the mesa top.

Species from the genus Croton should not be confused with the colorful, tropical houseplant with the common name croton (Codiaeum variegatum).

Cliff spurge is a dicot angiosperm in the spurge family (Euphorbiaceae), a large, diverse group containing small herbs, vines, cactus-like succulents, shrubs and trees. Many euphorbias contain a clear or milky sap that is irritating or toxic. Flowers often lack petals, although some species have colorful bracts or glands that function as petals. Flowers are unisexual. Male and female flowers may be on the same plant (monoecious) or on separate plants (dioecious). The male flowers may have one or numerous stamens. There are several family characteristics lacking in doveweed: the pistil of the spurge female flower often has three styles; the ovary is usually three-lobed, and it ripens into a dry three-chambered capsule . Spurge seeds often have a fleshy appendage at one end.