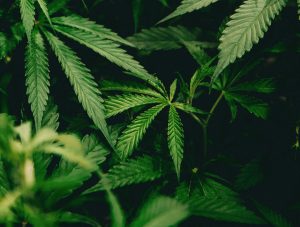 Despite active efforts to kill feral hemp populations throughout the Midwest, there are still large standing populations. Collecting seeds from these populations will be key to the success of the hemp industry in the United States.

The Hemp Farming Act, part of the 2018 Farm Bill, removed hemp, previously labeled a Schedule 1 narcotic, from the Controlled Substances Act of 1970. Now that hemp is once again federally legal to grow there is a great need develop a new seed bank so researchers and breeders can produce high quality and high yielding cultivars that are regionally adaptive.

There are no publicly available seed collections of hemp (Cannabis Sativa) in the United States after previous collections were destroyed when the government never expected hemp would return as a crop. However, this prohibition has now effectively ended.

If you are aware of any feral hemp populations, please contact Dr. Shelby Ellison of the University of Wisconsin-Madison. Dr. Ellison will send along collection instructions or make arrangements
to collect seeds.

Cannabis is a hardy annual that loves growing in hot sunny places, often in poor soil. It is sometimes abundant along roads, railroad embankments, and even in big cities. Cannabis is as comfortable growing along an Iowa road as it is in Brooklyn, New York’s, pavement cracks. It might appear in anyone’s garden.

Marijuana was little known in the United States until relatively recent times. Mexican immigrants may have brought it to the United States in the early 1900s. It escaped from cultivation and became a wild plant.

Native to Central Asia cannabis was domesticated about 12,000 years ago and is one of humanity’s oldest crops. Although of the same species the plant has two distinct forms due to a genetic shift. One, called marijuana, has a high THC content. This is the chemical that creates medicinal and psychoactive impact. The other form is usually called hemp. It lacks much THC but can grow to 16 feet tall with a stalk that contains long amazingly strong fibers. Both types look the same.

Most wild cannabis is of the hemp strain and has little hallucinogenic or medicinal value. Iowans often call it ditch weed. Patches make outstanding winter habitat for pheasants and other wildlife and the plant’s roots hold the soil and reduce erosion.

Throughout history cannabis has been used medicinally, and the plant’s valuable fibers were crafted into rope, bowstrings, and cloth. People carried seeds with them when they migrated to a new area and eventually it reached South and Central America.

Banning a plant doesn’t make it go away. Illegal marijuana is a common weed in Iowa and many other places in the United States and throughout the world. It is correctly called Cannabis sativa.

After being banned for nearly a century several states have recently permitted the medical and recreational use of Cannabis, although it remains Federally banned.