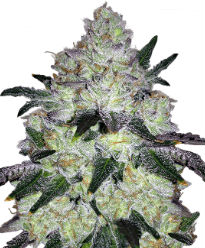 In 2019, when the most recent NDSH Survey was conducted, its results indicated growing Aussie support for the legalization of cannabis, with 41% of respondents in favor of it.

In January 2020, the ACT became the first Australian region to legalize recreational marijuana use and possession. However, it is illegal to use, grow, or possess cannabis seeds in public places within the ACT. Selling or distributing marijuana (which includes sharing your stash with a friend) and driving with any trace of cannabis in your system are also illegal.

If you’re in Australia and wish to leave everyone in “shock-and-awe” with top-shelf weed — look no further than growing this gorgeous indica-dominant seed strain.

As we can see, public opinion regarding medical and recreational marijuana is rapidly changing.

However, on January 31st, 2020, the ACT was the first state to legalize the cultivation, use, and possession of recreational marijuana – up to 50 grams of dried weed per person and a limit of 2 plants per person. The status of medical marijuana in Australia underwent a significant change when it was legalized in 2016 and has since positively impacted the Australian economy and quality of life for patients there.

One of the most important aspects of growing marijuana seeds in Australia is understanding the climate.

What You Can’t Do With Weed Grown From Seed

Whether you’re an Australian resident or simply a traveler to the country, growing and possessing cannabis seeds for recreational purposes is still federally illegal in Australia. However, a growing number of citizens support marijuana legalization.

In milder regions of Australia, cannabis seeds can grow any season of the year outdoors, giving growers up to four harvests in a single year. 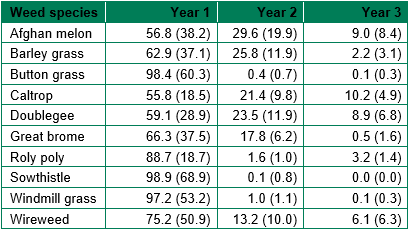 From Nov 2015 to Jan 2016, seed was harvested from Afghan melon, barley grass, great brome, button grass, caltrop, double gee, roly poly, sowthistle, windmill grass and wireweed populations. Seed from each species was taken from three populations in cropped fields and matching populations on the adjacent roadside, in both high and low rainfall zones of the WA wheatbelt (12 populations per species). In Apr 2016, trays of 30cm by 30cm by 10cm were filled with sand to within 2cm of the top. Seeds (50 seeds of large-seeded species or 100 seeds of small-seeded species) of each population were placed in trays. Trays were placed in an irrigated screen house, in a randomised block design with three replications. All emerged seedlings were counted and removed weekly, from May 2016 to Apr 2017. Note that in the presentation of results, weed emergence is presented by year, where year one is May 2016 to Apr 2017, year two is May 2017 to Apr 2018 and year three is May 2018 to Apr 2019. Each year incorporates a winter and summer growing season to include emergence of winter or summer annual weeds.

The species in this trial that we classify as ‘summer weeds’ all emerged in spring, or even winter, given adequate irrigation. ‘Winter-spring’ weeds like sowthistle or wireweed had variable emergence times late in the growing season. Controlling these species late in the season is difficult. There are few herbicide options and it is not practical to spray mature crops before harvest. Roly poly, in particular, had variable emergence between years, which has previously been observed for this species (Borger & Scott, 2009). Further research is required to determine successful control measures for weed species emerging late in the growing season.